10 Outrageous Insurance Claims That Will Leave You Shaking Your Head 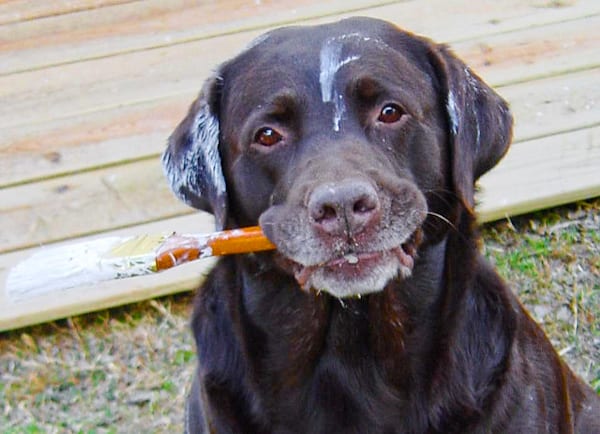 While insurance plays a very important role in our society, there are pitfalls to any social system. Of course, not everybody on this list is out to suck as much money as they can from the insurance companies…some are genuinely having a terribly unfortunate day, but either way these claims can be pretty funny.

Watch Out Overhead for Falling Coconuts

Most people grow up with the knowledge that auto accidents can end in tragedy or that riding a motorcycle is much riskier than taking a bus, but did you know that falling coconuts kill about 150 people across the globe every year? A curious case in Hawaii detailed a police officer being struck by a falling coconut and eventually being awarded $39,000 in damages. In fact, the threat from falling coconuts is so high that some insurance providers now include falling coconut injuries in their insurance policies.

For a special promotion, a jewelry store in North Carolina decided to offer a refund of $500,000 worth of in-store purchases if the city of Asheville got 3 inches of snow on Christmas Day. Surprisingly, a total of 8 inches of snow fell on the day, likely leading them to review their current business insurance policy for any loopholes! Fortunately for their customers who took the gamble, the jewelry store had to pay up!

The Burglar Who Was Bungled

Homeowners insurance is ideal for protecting your home, your property and the people who visit. But what about a trapped burglar who ends up suffering mental anguish during a botched robbery? Believe it or not, a burglar once robbed a family home while on vacation, only to be trapped in their garage due to a garage door malfunction. Trapped for a week and forced to live on dog food and soda, when the family came home a week later, the burglar escaped and filed an insurance claim against the homeowners. He won the claim and was awarded $1 million.

Professional Dog Painter Not for Hire

One of the greatest things about being a homeowner is the chance to go wild with your home decor whenever you need a change. But for one unsuspecting homeowner, leaving a can of paint open during a remodel turned out to be a big mistake. When she was out of the room, her dog managed to stick his tail in the open paint can and then wagged wet paint all throughout the house! Luckily, when she filed a claim, her insurance company paid for the damages. No word on whether the damages included a trip to the dog groomer.

Back End of the Beast

Ivor Bennett – a livestock farmer in Devon, UK – claimed that his phone disappeared inside the back end of one of his cows. It wasn’t that he had done anything deviant – he’d been using the flashlight on his iPhone while assisting the cow during calving in the middle of a particularly dark and stormy night. The phone later made a reappearance – but perhaps a little unsurprisingly, failed to work properly. The Insurance company paid out on the claim in full

Isabel Parker, the 72-year-old queen of the slip-and-fall scam, prostrated herself in department stores, supermarkets and liquor stores 49 times during her long career – a sad byproduct of her gambling addiction. Prosecutors said that she treated insurance claims like her job – and she kept very busy. The woman filed a total of 49 bogus personal-injury claims in Philadelphia, Delaware County and New Jersey, and collected $500,115 between 1993 and 2000. She pleaded guilty to 29 counts of insurance fraud and theft in New Jersey alone. She earned herself a four-year sentence under house arrest

A man from Delaware torched his own home and his own convertible to collect on his homeowners and auto insurance. Nicholas Di Puma said it all started when pans on his wood stove ignited while he was cooking. Then buckets of coals caught on fire. After trying to extinguish the inferno, Di Puma said he threw the first bucket out the door, where it apparently landed in the backseat of his convertible. While en route to tossing the second pan outside, he tripped and the second landed on his sofa. Unbelievable? That’s what local law enforcement thought, too. Di Puma pleaded guilty to second and third degree attempted insurance fraud and got five-years of probation with no insurance benefits. His home and car completely destroyed.

Some wedding days just don’t turn out the way you would hope. Everything seemed to be going well on the day for Paula Catelli from Rimini, Italy, until her beautiful, hand-made wedding dress came slightly too close to the barbecue. The synthetic material went up in flames immediately, and within moments Catelli was what no girl on her wedding day ever wants to be – a bride on fire. Her loving husband saved the day by picking her up and throwing her into the sea. Fortunately, both bride and groom were excellent swimmers. The insurance company paid out 50% compensation for the disaster – possibly out of sympathy.

A lawyer from North Carolina purchased a box of expensive cigars and insured them against flooding, storm damage and – of all things – fire. Needless to say, his investment went up in smoke within a month – after which the lawyer filed a claim with his homeowners insurance company, stating that he was owed compensation because “the cigars were lost in a series of small fires”. The insurer refused to pay, assuming (correctly) that the man had smoked the cigars himself. A judge ruled, however, that since the insurer had never stated what was considered to be “unacceptable” fire, the company did, in fact, owe him $15,000 to replace his property. The insurance company paid the claim, but then had the lawyer arrested. He was sentenced to 24 months in jail and a $24,000 fine for 24 counts of arson and insurance fraud.

Mr. Fairclough was driving home from Christmas shopping, when he saw a car coming the other way with a Christmas tree badly tied to its roof. This must have been a split second observation: no sooner had he seen it than the tree launched itself straight at him. “He was driving too fast around a sharp bend and I saw the tree lift off and it flew straight at me. The trunk made a great dent in my hood and caused me to swerve off the road into a hedge.” Mr. Fairclough added: “The guy didn’t stop and he never came back for his tree, so the Police said we might as well have it. It wasn’t funny at the time, but looking back, it was like a comedy sketch!” Thankfully, the insurance company paid out all damages.